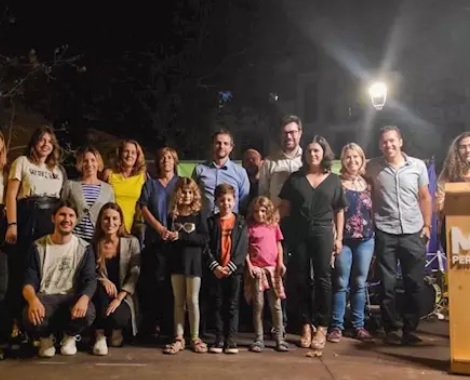 Last Thursday, October 10, the Palma Aquarium Foundation was awarded in the “VIII edition of the ‘Sinofós’ Awards” organized by ‘Mès-Estimam Palma’. These awards are a recognition to people and / or entities that work to achieve a more supportive, sustainable, humane and habitable City of Palma.

The winners are selected by the militancy and supporters of the formation  ‘Més per Palma’ who, in this “VIII edition of the“ Sinofós ”Awards, decided to distinguish in the category of“ Sustainable Palma ”, the Palma Aquarium Foundation and the SOS sea turtle recovery program. Also, in the category “Creative Palma” the Cossieres de Son Sardina was selected for their work of cohesion and social transformation.

On the other hand, the “Palma Inclusive” award was received by teachers and students of Rafal Vell School, in recognition of their 50 years of Catalan and progressive school ». Finally, the “Indignant Palma” prize was also awarded, an ironic distinction that is given to groups that go against the values of ‘MÉS-Estimam Palma’ and that in this edition has fallen on the cruise ships that visit the city of Palma.

Debora Morrison and Gloria Fernández received the “Sustainable Palma” award on behalf of the Palma Aquarium Foundation, in the thank-you speech a special mention was made to the foundations volunteers, without whose effort and enthusiasm it would be impossible to develop marine wildlife conservation and environmental education programs.

The awards ceremony was held in a festive atmosphere enlightened with an evening meal and the performance of Romeo de Ceigimenez, in a pleasurable and enjoyable event. We received the prize with great enthusiasm and it serves as a stimulus to continue working harder. Thank you!!

“Road to sustainability. Together we create awareness”