Global warming is affecting sea turtles that are dispersing in response to climate change in search of cooler nesting beaches. The Balearic Islands can be potentially important zones of dispersal for sea turtles; consequently it is necessary to evaluate the viability and quality of their beaches.

Since 2014, the Palma Aquarium Foundation collaborates with Dr. Adolfo Marco (Higher Council for Scientific Research, CSIC) in the Study of the beach quality for the nesting of sea turtles Caretta caretta.

The temperature of the beaches is measured by burying automatic temperature sensors between June and November. The analysis of the data obtained during several years of study will allow to identify the best beaches for the translocation of sea turtle nests in case of nesting in the Balearic Islands. 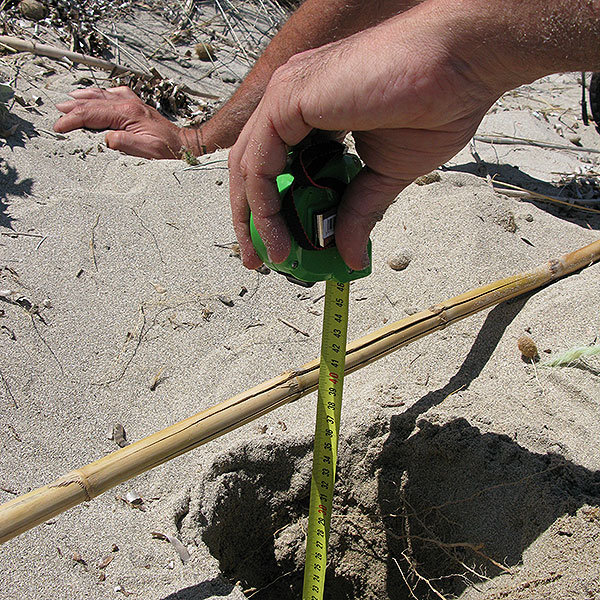 The objective of the study is to determine the biochemical responses of sea turtles Caretta caretta admitted to Palma Aquariums the Recovery Centre due to varioustype of pathology and / or traumatic affectation (hooks, wounds, impacts with boats …). By the use of different biochemical techniques we intend to quantify the degree of “induced stress” due to these situations and do a follow up and evidence the recovery. 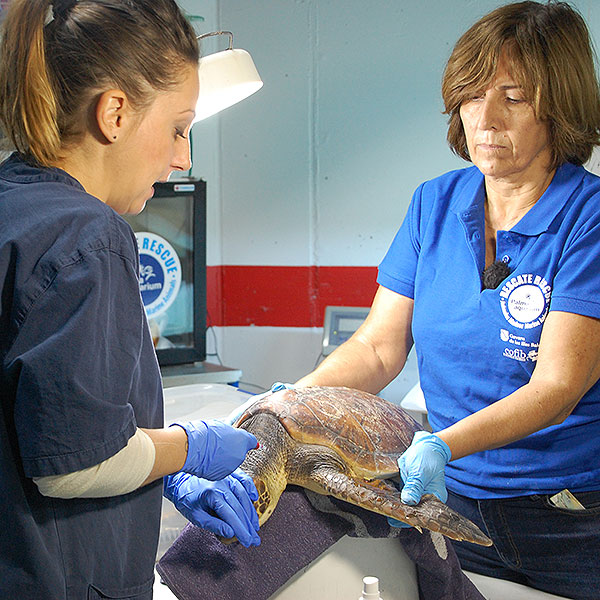 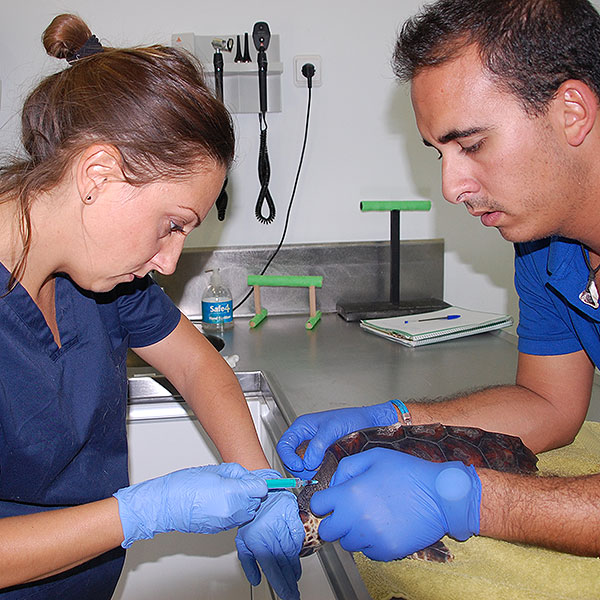 Contribution of samples for research

The Palma Aquarium Marine Fauna Recovery Center and the Palma Aquarium Foundation collaborate in the supply of blood and tissue samples taken from attended animals of all species for different scientific studies, in collaboration with the University of Barcelona (UB), University of Barcelona. Illes Balears (UIB).Contribution of samples for research. 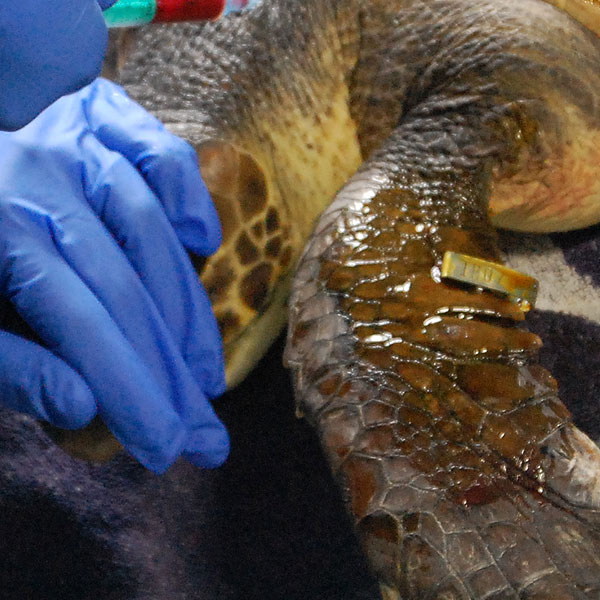 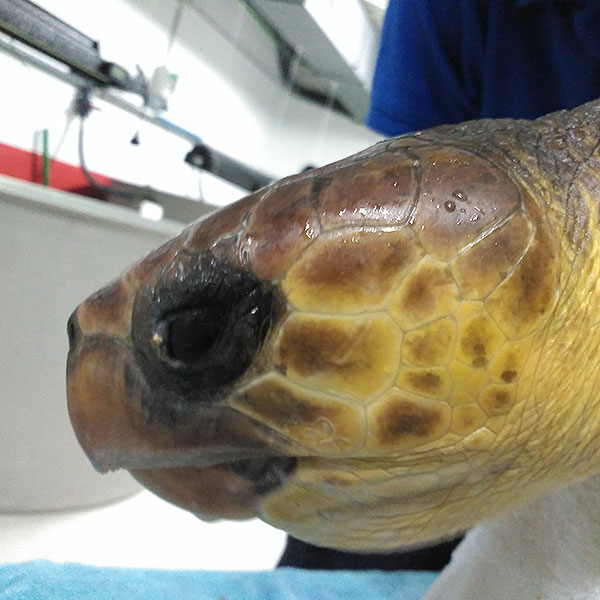 The Palma Aquarium Foundation collaborates with Dr. Adolfo Marco of the Higher Institute for Scientific Research (CSIC) and the Spanish Herpetological Association (AHE) in the sea turtle tagging campaigns, carrying out the double marking of all specimens that pass through Palma Aquariums Recovery centre, using TAG`s (external label) of metallic type inserted in the front flipper together with microchips (PIT`s) of AVID type.

The information generated forms a general database, which constitutes an important conservation tool for betterspecies management. 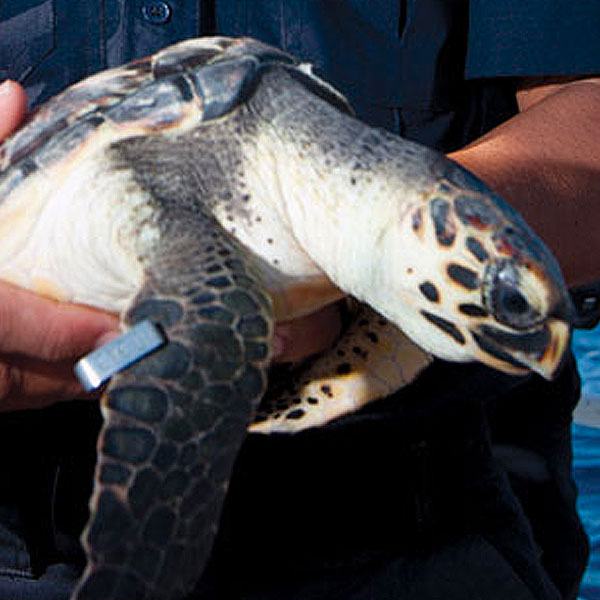 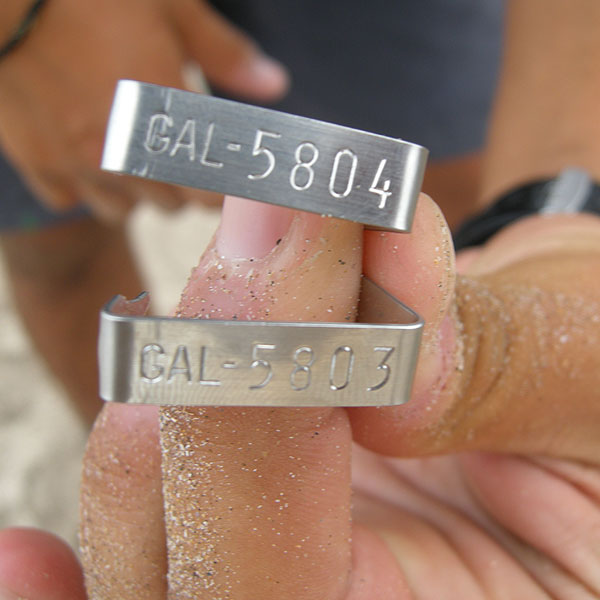 Observation platforms for the conservation and dynamic management of the ocean

The Oceanographers Turtle Project addresses the role of operational ecology in the dynamic management of the ocean, using as a case study an endangered species, the Caretta caretta in western Mediterranean waters.

This project, coordinated by the ICTS Coastal Observation System of the Balearic Islands (SOCIB), has been one of the five selected projects by the BBVA Foundation in the area of Ecology and Conservation Biology and will integrate various electronic monitoring systems (SMEs) with platforms of forecasting and observation of the oceans (PPOO). Although it has just started, last summer it has already carried out a pilot test combining physical oceanography with biological oceanography in a multiplatform experiment. 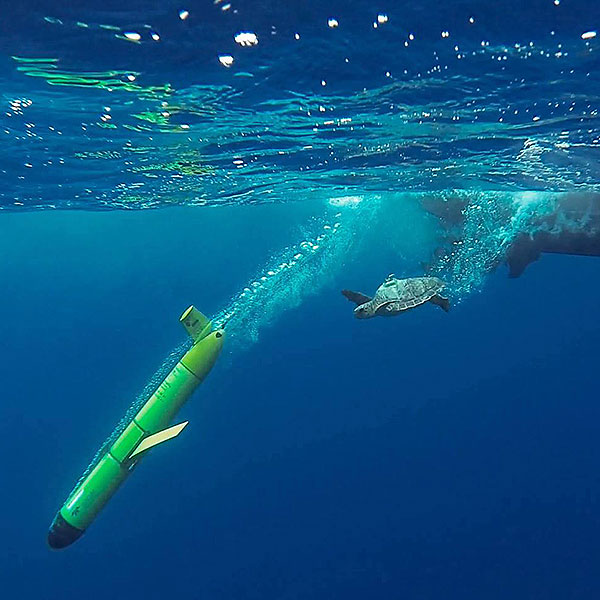 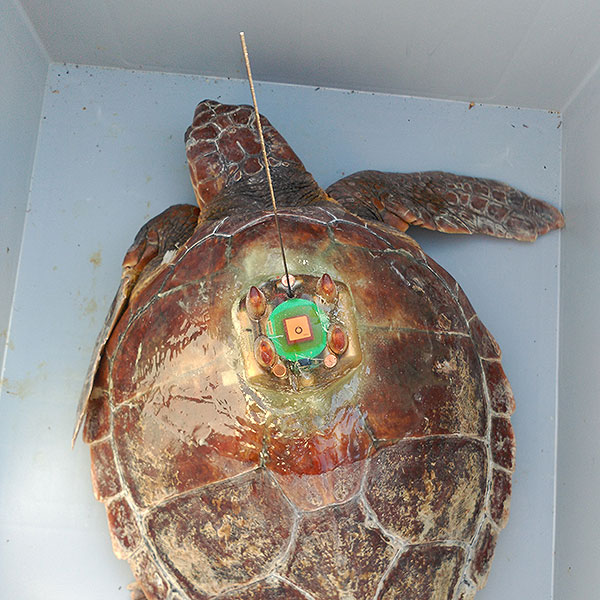 Underwater gliders are a type of autonomous vehicles (AUV) that are inserted into the sea traveling over long distances and, during the journey, their sensors measure the temperature of the water, the amount of salt, the concentration of oxygen or chlorophyll, sending the data periodically to the control centre. From a distance, the pilots decide their itinerary, the maximum immersion depth, how often they have to contact the base or what measures they must take and transmit.