If you find a sea turtle trail, notify 112

Since May 2016, the Palma Aquarium Foundation for the Protection of the Environment has launched a campaign called “ANIDA: Climate Change and sea turtles in the Balearic Islands” co-financed by the Environmental Education Service of the Ministry of Environment in the Balearic Government, whose main objective is to evaluate and make known to Balearic society the consequences of climate change on marine biodiversity, and especially on marine turtles.

The Balearic archipelago is an important feeding area for sea turtles (Caretta caretta), where we find a high concentration of individuals that come from populations that breed both in the eastern Mediterranean (Greece, Turkey, Israel, Cyprus) and in the Atlantic Ocean (Florida, Bahamas, Cape Verde, Mexico, Cuba).

In the last decades, several nesting attempts of loggerhead turtles (Caretta caretta) have been detected in Spanish coasts but always considered a sporadic event.

We it is being studied to find out what can be the cause of this phenomenon, and there is a theory that   hypothetically is due to global warming, caused by the climate change that our planet is suffering.

If due to external causes, this temperature decreases slightly, the number of males in those nests increases, and on the contrary, if the temperature of the nest is increased, a higher proportion of females will be born.

This phenomenon in the incubation of sea turtles, warns us that currently, because of climate change, our planet is suffering a temperature increase, directly affecting the biodiversity of the planet, and specifically to sea turtles causing a considerable increase in females born in proportion to the males, therefore the loggerhead turtle is suffering a feminization of the species, which is unworkable for its continuity on the planet. 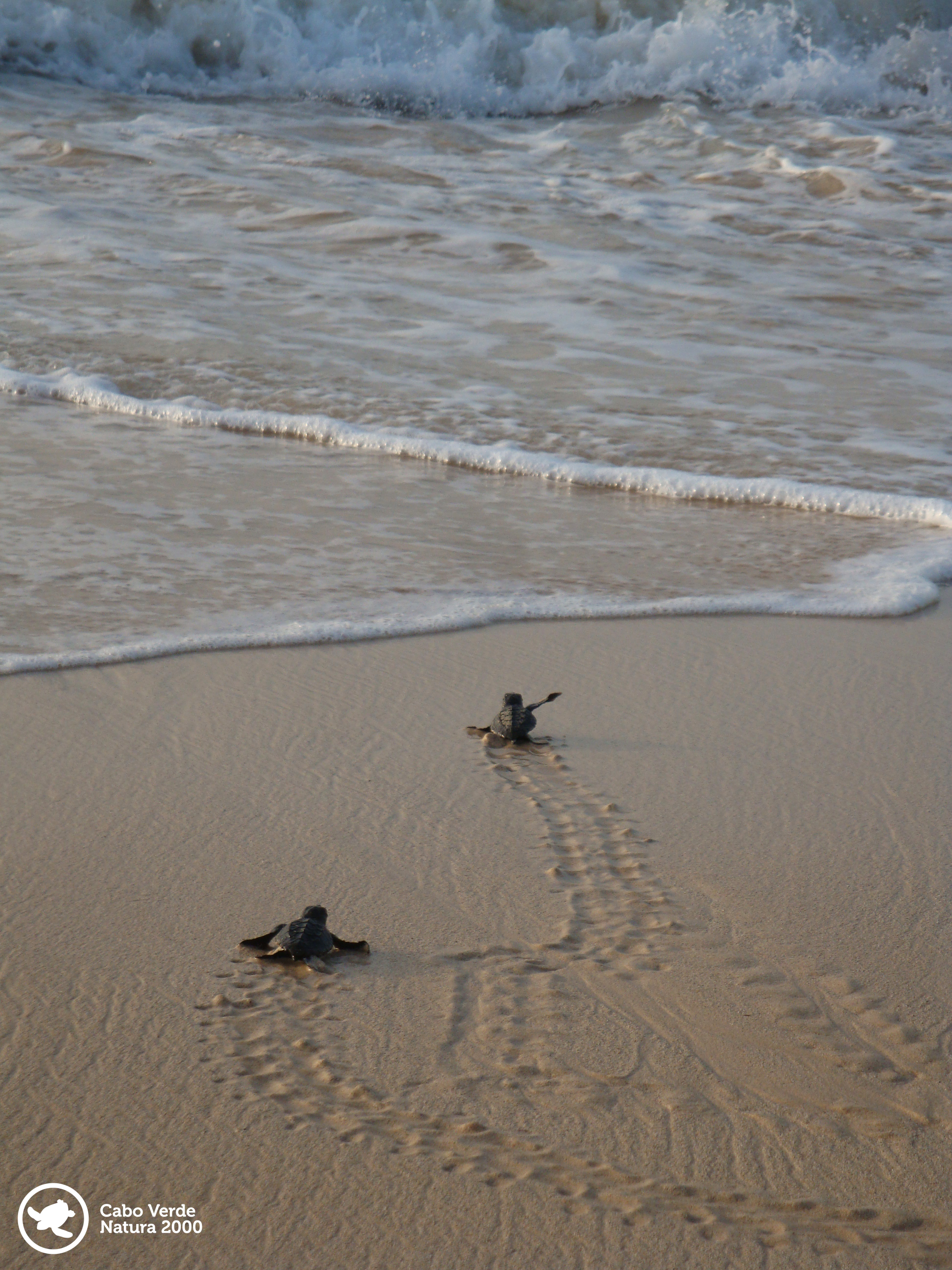 Science suspects that we may be facing a phenomenon of “natural dispersion” carried out by sea turtles in response to this unfeasible feminization of the species that is, changing its usual nesting area to look for cooler areas to carry out its reproduction.

Therefore, marine turtles find themselves in a very fragile moment for the species since this dispersion implies exploring and getting to know new zones for the laying and incubation of their eggs.

It is very likely that the encounter of loggerhead turtle nests on our coasts will continue or increase in the coming years.

Our duty as human beings is to spread awareness about the problem suffered by these incredible and emblematic animals, and above all to provide them with the best conditions on our beaches to facilitate their nesting if they choose our coasts to breed. 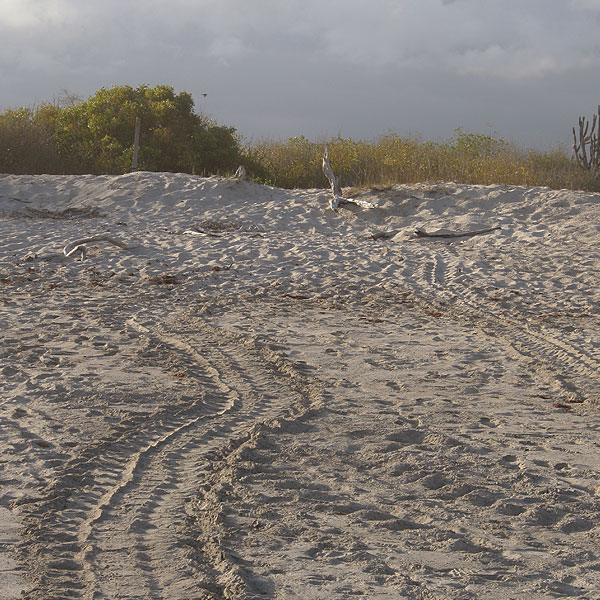 If you find a sea turtle or its trail in the sand, call 112

The animal may be injured or sick or be attempting to nest.

Differentiate a sea turtle trail from a vehicle print; seeing that there are not two parallel traces.

Do not disturb or approach the animal (voices, flash, lights …)

Let the turtle freely return to the sea .

In an attempt to nest the animal leaves a trail in the sand, which it does not leave if stranded.

If you only see one trail, it is most likely that the turtle is still on the beach .

If possible, do not leave the place until the arrival of the responsible technicians or local authorities .

The main action carried out by the ANIDA project team is to spread awareness to the general public and to state that there is a possibility that these animals come to nest on our beaches. A series of informative flyers and posters have been published so that information about this phenomenon can be passed on to all of society and any event that happens on our islands can be detected.

Specific aims of the ANIDA campaign:

To report on the impact of climate change on the reproductive dynamics of Caretta caretta, an emblematic species in the Balearic Islands.

Training of a Palma Aquarium Foundation environmental volunteer group to carry out the projec.

N
Detection of traces, trails and / or sea turtle nests on the Balearic coast.
N

Inform the social agents involved of the localities assigned to the project about the possibility of finding a trail or a nest of Caretta caretta and know how to proceed.

If this happens on our coasts, the Palma Aquarium Foundation Team considers it vitally important that society is prepared to know how to act, thus making the nesting viable and contributing to the conservation of sea turtles, a species considered in danger of extinction on a  world level (IUCN).

The Palma Aquarium Foundation has a group of volunteers trained specifically in the conservation field. 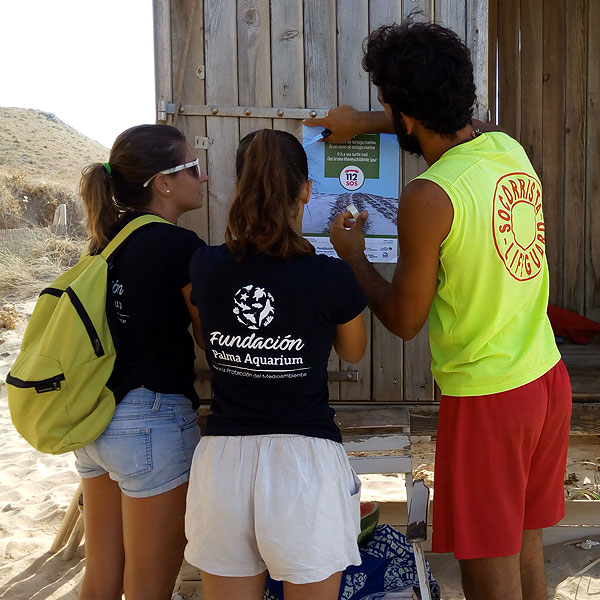 These teams, distributed in groups reach out to different areas of Mallorca,they are responsible for spreading information about the ANIDA campaign and the problems suffered by sea turtles around the island.

The volunteers inform the authorities, town councils, lifeguards and businesses of coastal areas of Mallorca, and complementing this work they distribute in all these places leaflets in 4 languages and posters, so that the dissemination reaches all the people of the area. 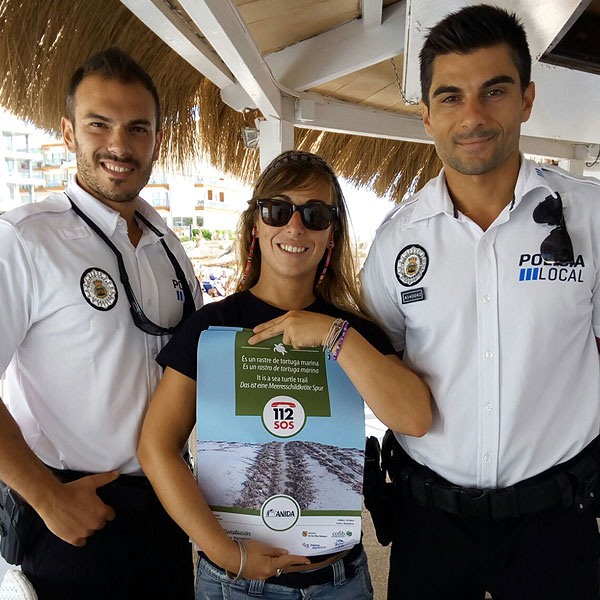 In the other islands, the disclosure is carried out by other entities such as the Marine Species Recovery Center of the Cap Blanc Aquarium (CREM) in Ibiza, and the Environmental Agents of the Balearic Government in Menorca.

If you have a business and you want to help us spread awareness about this problem, you can download the poster of the ANIDA campaign in high definition here. If you wish to request more information about ANIDA or wish to request the sending of brochures for your establishment, do not hesitate to contact us. 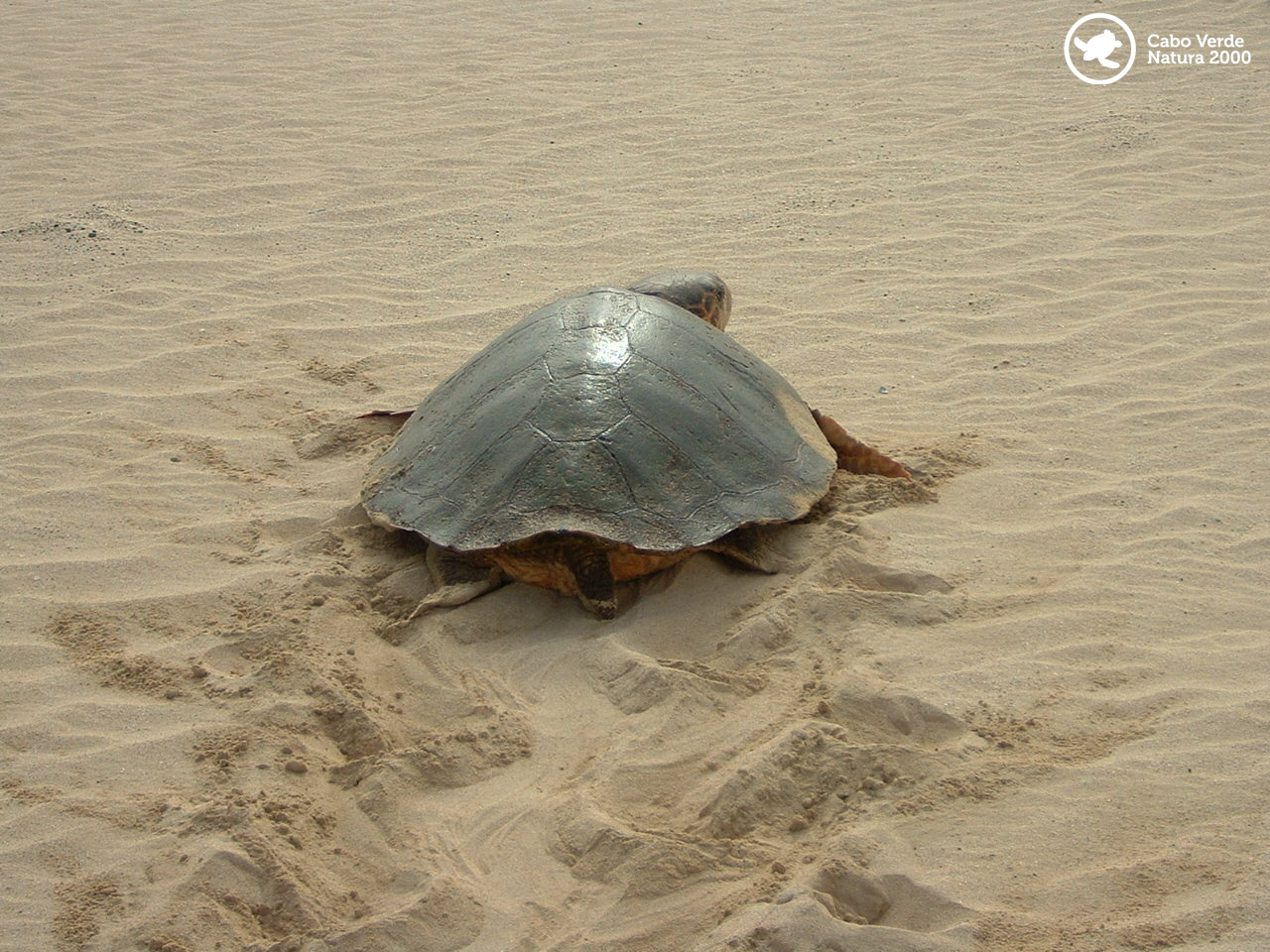 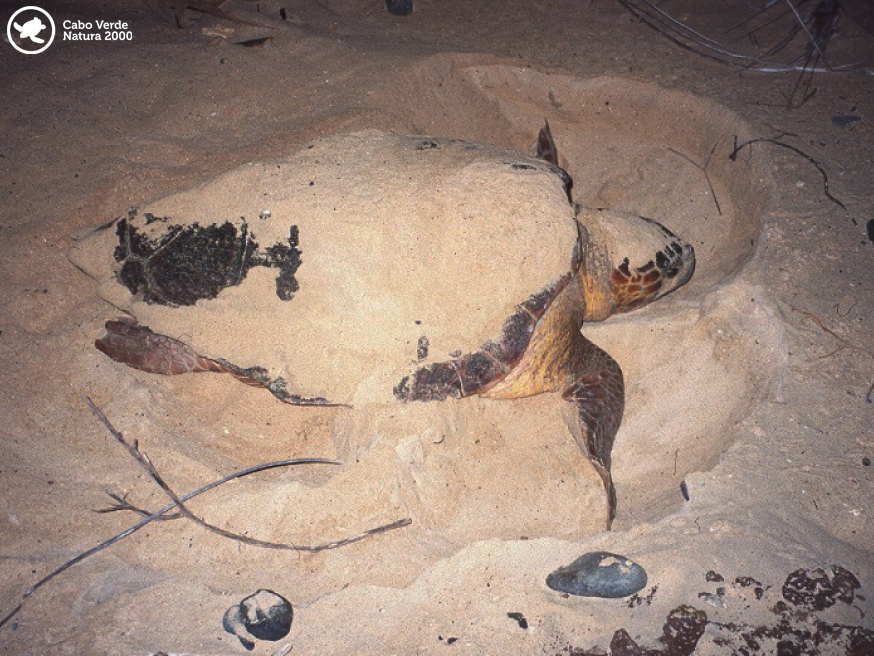 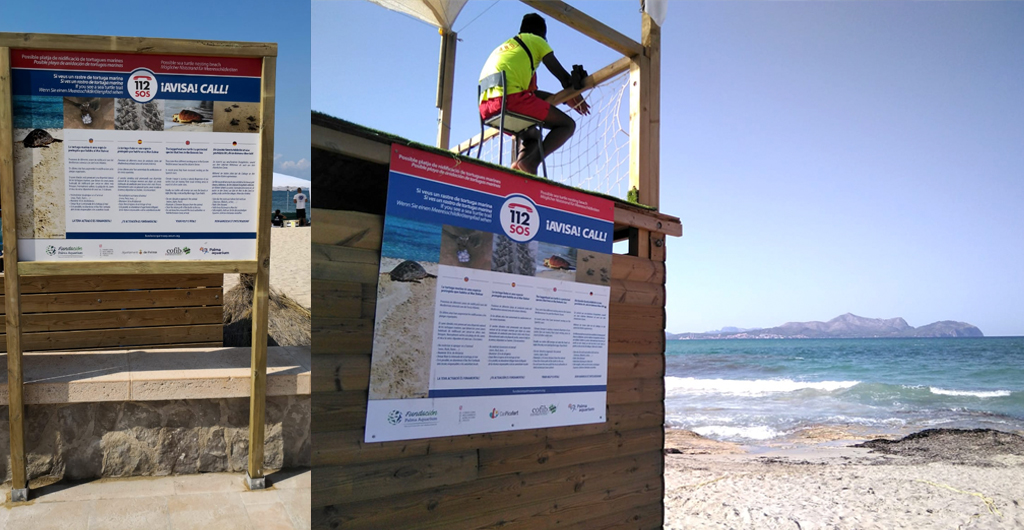 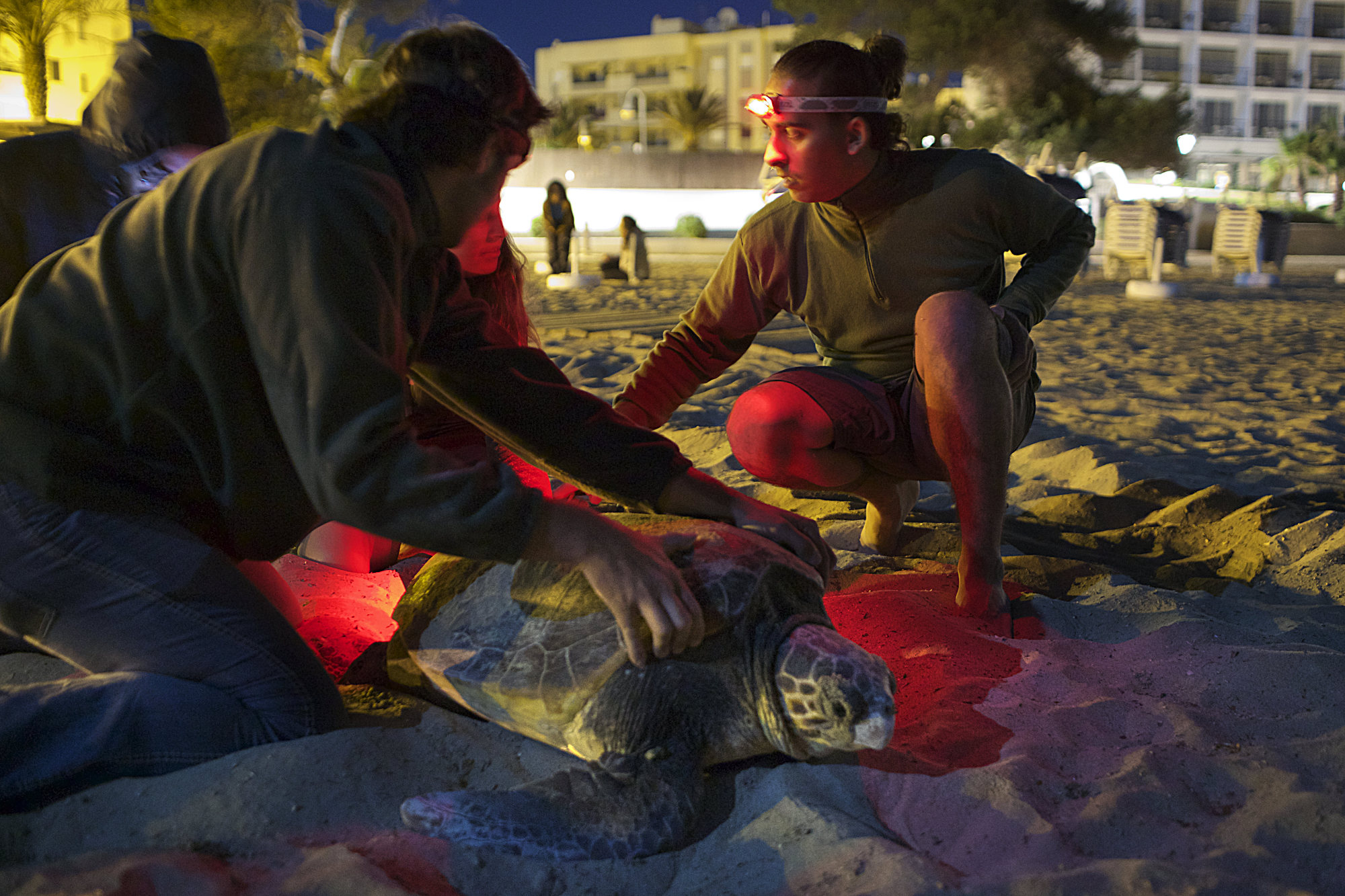 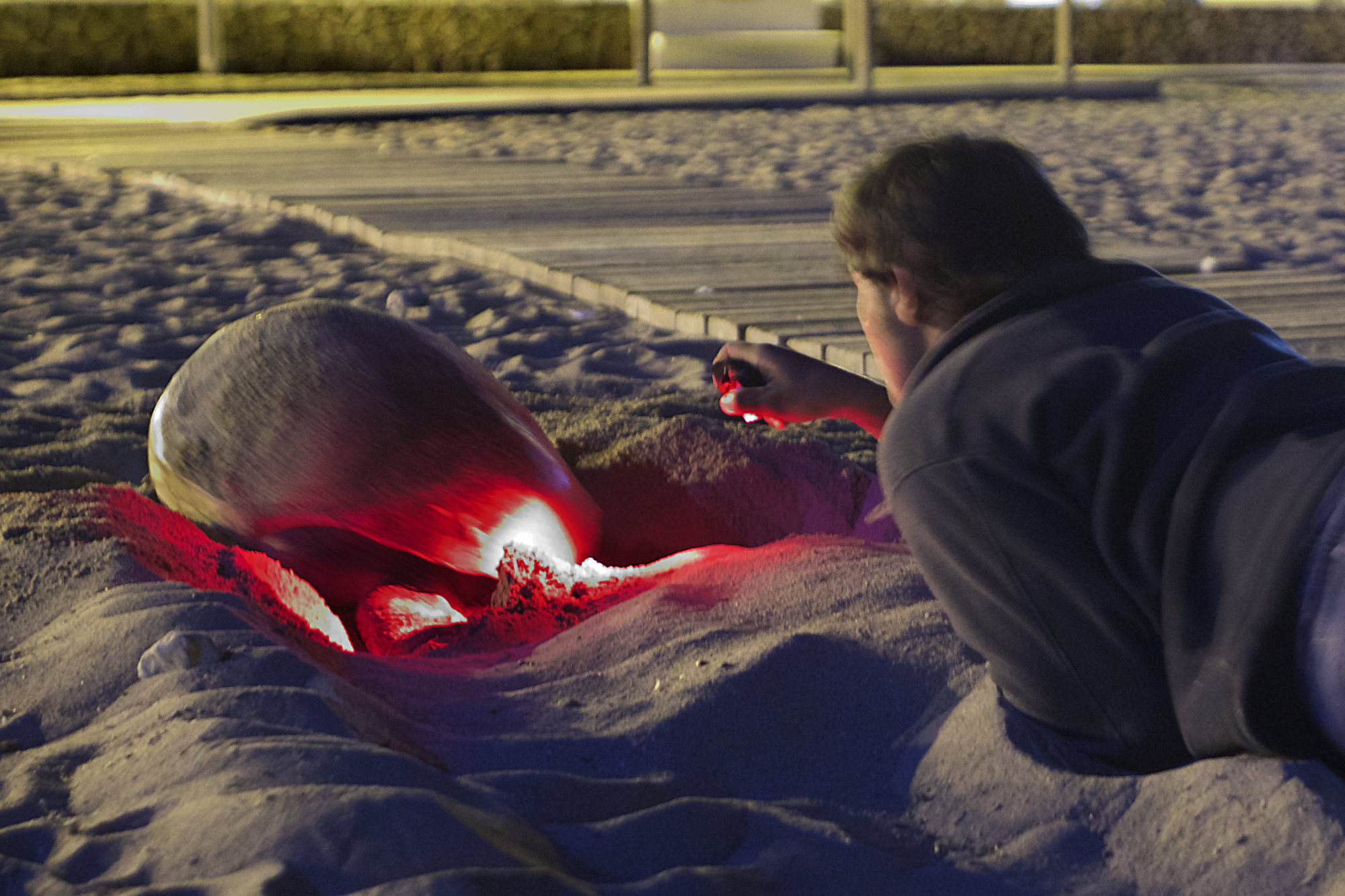 As part of the ANIDA Project, the City Councils collaborated with the placement of 14 posters on beaches in their municipalities: